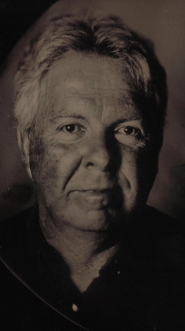 This page links to some of my old projects.

Many years back I worked on my family's ancestry. Many people stop there. But the Biographical Index of South Australians had the wrong ship of arrival for my Coombe ancestors, so I then looked at that other family. Then when Trove came, I frequently wondered which Coombe was being referred to in a newspaper. That led to a one name study of early Coombe (+ spelling variations) migrants to South Australia. As you can see, one thing kept leading to another.

I haven't re-read my e-books for a long time and don't know how well they stand up. I wrote them when e-books were surging. I think I was comparitively naive when I wrote them - as a researcher, as a writer, as a thinker.

Featuring (arguably) colonial Melbourne's best journalist, Edmund Finn, also known as Garryowen, author of The Chronicles of Early Melbourne. There are also bushrangers. And yes, it is all factual.

This is the true story of Josephine. From 1863 to 1874 she was the publican at the Gasworks Hotel in Brompton, an inner suburb of Adelaide, South Australia. Was she also a serial killer?

Charles SMITH of Colonial Victoria as a one name study of sorts.